In this post I’ll list and give installation instructions for the media applications that I have found most useful on my Linux Mint desktop. That should cover photo management, video and music. 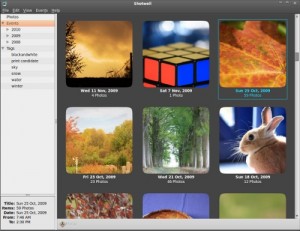 OK, this may come as a surprise to some, but if I were you… I’d ditch F-Spot! Really, just uninstall it. There’s a much better application that actually works, and it’s called Shotwell!! It is the default photo organizer in Fedora 13.

I really like the Shotwell project, it does what it’s supposed to do, and it does it well. There’s also a very helpful on-line manual.

The fastest way to install it, is either via the package manager, or by firing up a console and typing:

If, however, you want to make sure that you’ll always have the latest version for your distribution, follow the instructions at their website (check the option for Ubuntu), which are, in short, to fire up a console and enter the code below (you can also drag-n-drop the code, from here to the terminal, line by line!!) 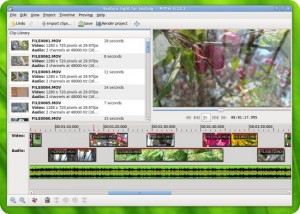 To quote their website, PiTiVi is a free, intuitive and featureful movie editor for the Linux desktop.

For a list of features, take a look at this page. It is a fairly new project, but it shows great potential and it is already full featured and fully usable.

In order to install it, you can use the package manager, or just fire up a console and enter:

In case that you want to use the latest beta version (beware, this may break things), you can add the development repository:

When it comes to video transcoding, there’s only one choice on my mind – WinFF. To quote their website:

WinFF is a GUI for the command line video converter, FFMPEG. It will convert most any video file that FFmpeg will convert. WinFF does multiple files in multiple formats at one time. You can for example convert mpeg’s, flv’s, and mov’s, all into avi’s all at once.

WinFF has many presets for output targets and it keeps getting better. You can install it using the package manager, but I recommend getting the latest version, following the procedure below (in a terminal):

This will work just fine for almost everybody. However, in order to get the absolute maximum out of this program, you may need to get the unstripped versions of ffmpeg. These libraries are available at the medibuntu repository (Multimedia, Entertainment & Distractions In Ubuntu). Please note the disclaimer from their website:

Medibuntu is a repository of packages that cannot be included into the Ubuntu distribution for legal reasons (copyright, license, patent, etc), related to geographical variations in legislation regarding intellectual property, security and other issues.

Patent and copyright laws operate differently depending on which country you are in. Please obtain legal advice if you are unsure whether a particular patent or restriction applies to a media format you wish to use in your country.

See Ubuntu’s Free Software Philosophy and the FreeFormats page for a more comprehensive discussion of these issues.

If you decide to add this repository to your system, give the following commands at a terminal and then do a [code]sudo apt-get update; sudo apt-get upgrade[/code]

There are three apps that I like for the task of DVD ripping: AcidRip, DVD::Rip and K9Copy! 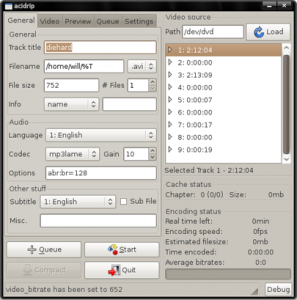 For AcidRip, just go to the package manager and install it, pretty straightforward.

AcidRip is an automated front end for MPlayer/Mencoder written in Perl, using Gtk2::Perl for a graphical interface. Makes encoding a DVD just one button click!

AcidRip is by far the easiest app for ripping DVDs. It’s main advantage is that, most of the times, in order to encode a DVD into avi, it really only takes one click! 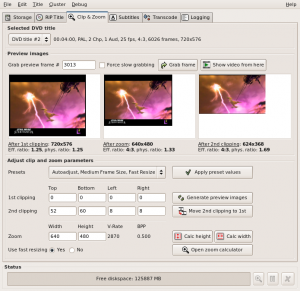 DVD::Rip is an old-school application, at least as far as appearances go. A newbie may easily be intimidated by the user interface, but all in all, it is the most capable ripper. Anything you can imagine that a DVD ripper should do, it does it. You can install it from the package manager.

Just for the fun of it, check out the features list at their website. It’s quite long!!

One final note: in order to get maximum results when handling encrypted DVDs that you have bought and wish to back up, it may do better after you install the library libdvdcss2.

This is a library that you may find at medibuntu, so read the disclaimer and the relevant info further up in the post. You will be able to install libdvdcss2 after you have activated the medibuntu repository. 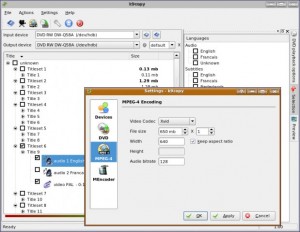 Another great application for backing up your DVDs is K9Copy. It is very similar in functionality to the windows program DVDShrink.

You can compress a 9gb DVD so that it will fit on a 4.7gb disk, preserve original menus and even choose which languages or subtitles to back up or leave out. You can also set the output to be an avi or an iso file. 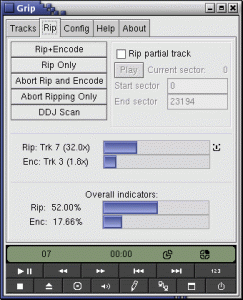 There’s only one app that I like here: GRip! This is the best app I’ve ever used in order to back up my CDs. 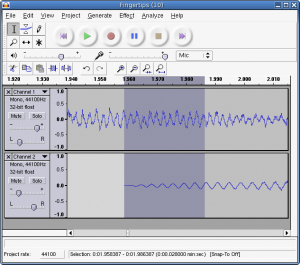 In my experience, there is no sound editor with so many features, that is so easy to use, at the same time, as is Audacity. 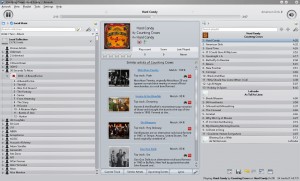 For a long time, Amarok (“Wolf” in Native American) had been the only reason for which I had KDE libraries installed on my Gnome machine. Up until 2008. That’s when version 2.0 came out, which I then thought was the worst thing that could happen to the project. Partly because it was completely unusable, partly because I could really not see where the poet was going with it (coding is poetry, right?).

I then tried several other solutions, among which I have to say that Exaile was the next best thing.

Over time, however, Amarok got back on track, and it is now, once again, the only reason for which I keep KDE libraries installed on my Gnome machine.

With Amarok, you will really rediscover your music. Really.

Oh, and by the way, it also has a built-in equalizer!!!

You can install it from the package manager and you’re good to go. However, what kind of geek would you be, if you did not follow the instructions below?

In case you have a “need for expeditious velocity”, you can follow the instructions from this excellent post, in order to have Amarok use MySQL as a back-end database. Combined with the embedded help from Amarok itself (in database settings), you get the following example. Replace with your own data and run in a terminal:

This will install the database. Make sure you set an administrator password when asked. Then, enter these commands (don’t you just love how efficient the terminal is? :P)

Finally, fill in the same data in Amarok’s database settings, restart MySQL, then restart Amarok set it to completely rescan the music folder.

Amarok’s functionality can be expanded by scripts. For example, in order to have a nice list of Greek radio stations streaming through Amarok, you can install this script. Just go download and then install through Amarok’s script manager.

Just found out about it, you can follow the instructions here to set it up!!